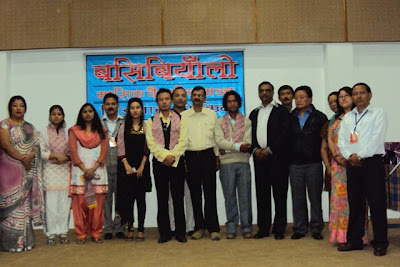 Singtam: Much anticipated Nepali film “Angalo Yo Maya Ko” made from Sikkim starring Indian Idol winner Prashant Tamang is set for a grand premiere at Vajra on March 31, 2011. The lead actors and actress are busy promoting the film in different places of the state.  Five members of the film units were present at Basibiyalo, a monthly literary meet to promote their film. Mahendra Gurung, the other lead actor after Prashant Tamang was present on the occasion along with Praja Pradhan (actor and Assistant Director), Gita Sharma (singer), Bindhya Singh and Payal Prasad (actresses).
Mohan Pradhan “Neeraj” from Basibiyalo Singtam welcomed the guests on the stage and introduced them to the gathered crowds. The five member film unit were offered Khadas by Ugyen T Gyatso Bhutia, Sikkim Government Chief Whip and MLA from Tumin-Lingee, the Chief Guest of the day. Speaking on the occasion Mahendra Gurung appealed to the gather audience to watch the Nepali film “Angalo Yo Maya Ko” that will be premiered on March 31st. Gurung went on to say that technically Angalo Yo Maya Ko is all set to make a record for becoming the first Silicon 2k HD Nepali Film to be made and released in India. The Surround Sound technique of the film is another new technology the people will be witnessing for the first time in a Nepali film in Sikkim, he said.

Talking about the theme of the film, Gurung went on to say that the film provides a social message beautifully woven in picturesque locations of Sikkim. The film deals with the relationship between parents and their children, their misunderstanding, their affection and the feelings they share for each other, said Gurung. Mahendra Gurung told that the best part of the film is its beautiful storyline and well supported film units that had worked hard. “The film is also special for me since it gave me an opportunity to act along with an International celebrity Prashant Tamang and I shall ever remain grateful to Kishore Dungmali Rai, the Producer of the film” said Gurung. 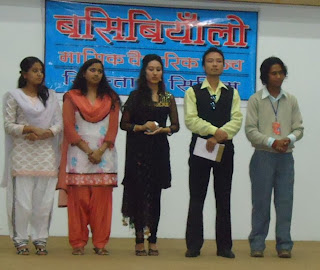 Except for Mahendra Gurung, rest of the four film unit members was from Singtam. Payal Prasad who had typed the entire script in nepali had also acted in a small role said that she was happy to be part of this movie but in jest said that it was easier to type rather than to act. Bindhya Singh, the budding actress from Singtam who had done couple of music videos found lost of words when asked about her reaction about the movie that is to be released in couple of day time. Bindhya Singh told she is crossing her fingers and hoped that people appreciates her acting skills in the movie.

Geeta Sharma had sung a romantic duet with Sagar Bal in the movie and she said that the song is beautifully scored and she expects a lot from the song and wish that the film does well and also her song. She wish to thank Gangaa Mukhiya, noted singer composer from Singtam for helping her in this particular song. Praja Pradhan, the actor and the Assistant Director of the film said that the movie Angalo Yo Maya Ko gave him an opportunity to grow as an actor and made him learn more about film making.

TB Pradhan, representing Singtam Basibiyalo wished the entire team of Angalo Yo Maya Ko for a grand success and thanked the film unit for their presence at Basibiyalo.
at Tuesday, March 29, 2011 No comments: Links to this post 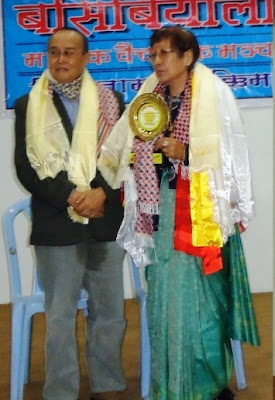 Mrs Mamoo Subba, a senior citizen and a social worker from Singtam was felicited at 32nd Basibiyalo meet at Singtam Community Hall yesterday. She was accompanied by her husband Shri Ganesh Rai.
Mrs Mamoo Subba, Lady Health Visitor of Health and Family Welfare Department became the first Sikkimese to receive the national award for nursing on August 8, 1985.
at Monday, March 28, 2011 No comments: Links to this post 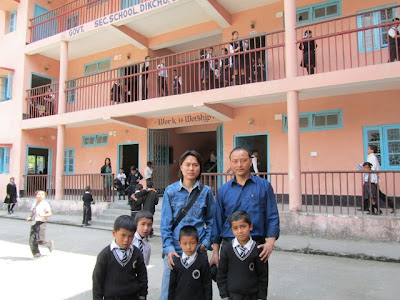 These two SDF youths are among the two dozen SDF youths that had been visiting different corner of the state to spread the message of prevention and precaution to fight against social evils like drugs and Aids.

Gangaa Mukhia and Karma Gyurmey interacted with the students, teachers and the villagers and helped them make awareness of the consequences that lead to disarray among the family and society due to rise of drug abusers and lack of information regarding aids. The school authority had congratulated the duo of Gangaa Mukhia and Karma Gyurmey for such generosity in visiting the schools with such positive social purposes, as written in their visitor book. 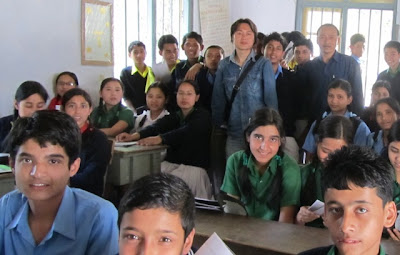 Gangaa Mukhia told it is the students that are the future of our Sikkim who needs to be made aware of such social diseases and we all are making a mission to visit every schools throughout Sikkim and set up our state as an example for others and eradicate such social ills from the roots.
at Thursday, March 17, 2011 No comments: Links to this post

Danny and his 'Cheese seller' humour 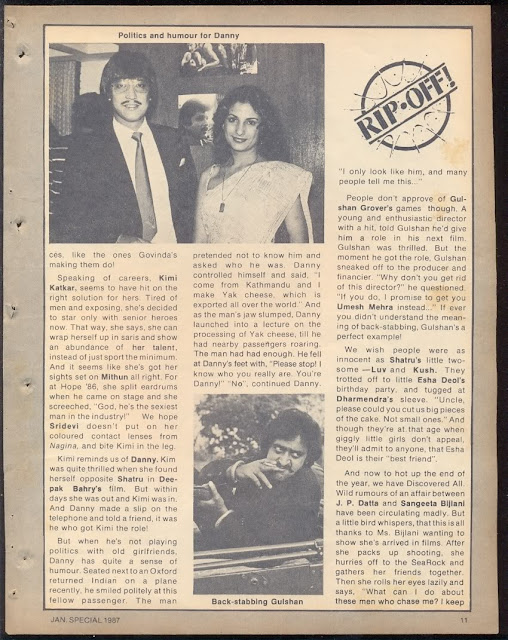 This was an interesting read about our Agya Danny I came across today. In this piece of page from an old hindi film magazine an anecdote is mentioned about Danny Denzongpa in which it writes that once Danny was traveling in a plane and while getting accustomed with an Oxford return Indian who pretended not to know him. Danny had introduced him to be from Kathmandu and made Yak Cheese that was exported worldwide. The person seated beside him had his jaw slumped and Danny continued to tell the man more about Cheese until the person had enough of his foolishness and fell at Danny’s feet and told that he knew that, he was talking to no other than “Danny”. Danny denies and continues his word and says….he looks like him (Danny) and he had been told by people before!  Agya you are simply amazing......always love you!!
at Sunday, March 13, 2011 No comments: Links to this post 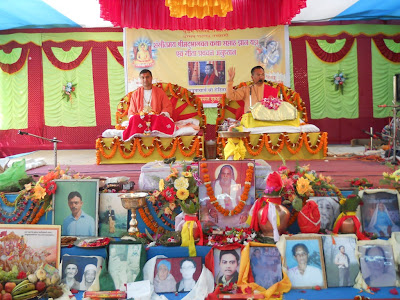 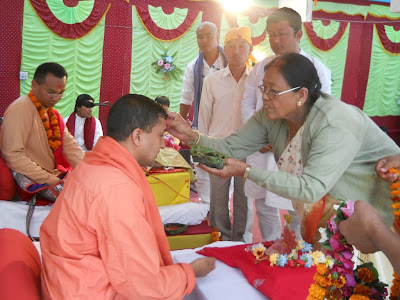 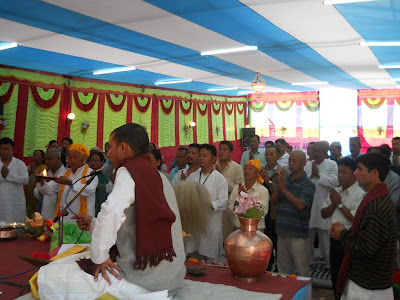 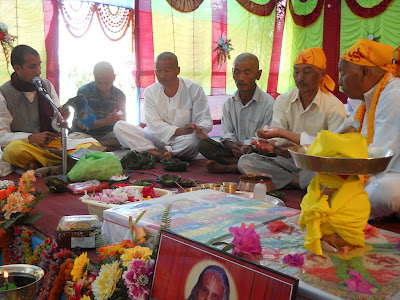 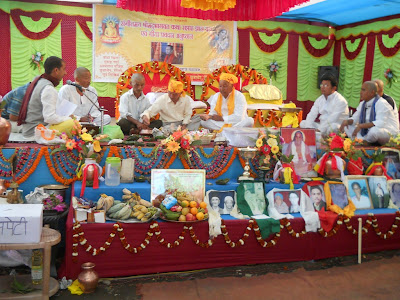 A week long Shri Bhagwat Puran Yagya begins at Gurung Goan, Rongli. It started from March 11th and shall finish on March 17th on this month.
at Saturday, March 12, 2011 No comments: Links to this post 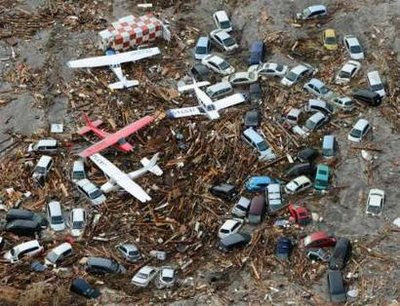 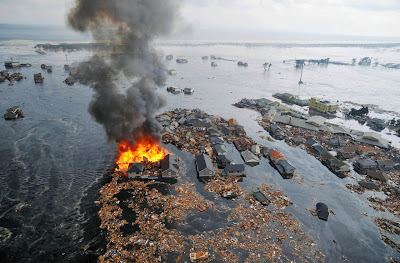 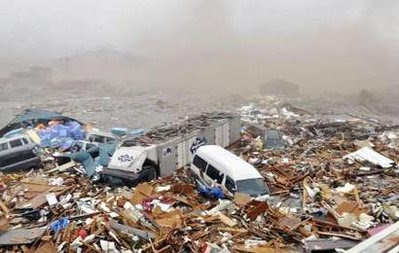 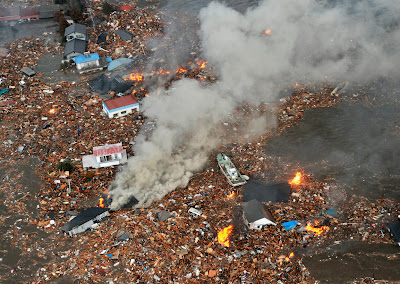 I was off to Dalapchand to visit my new school in which i am recently posted and i received a mobile sms alert of voice of sikkim. Though few days back i did read about Tsunami alert but i did not take it seriously until i saw these pics late evening...oh god not again..!!!
at Saturday, March 12, 2011 No comments: Links to this post 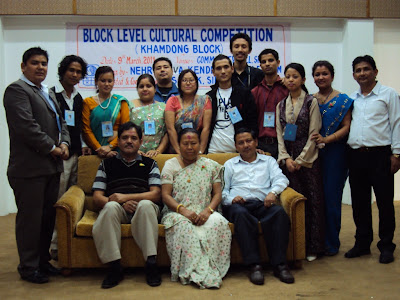 SINGTAM: March 9: Social Boys Club from Singtam won the Singtam Khamdong Constituency Block Level Cultural Dance Competition held at Singtam Community Hall. NKK, Singtam and Basibiyalo, Singtam was adjudged second and third respectively that had six dance groups from nearby areas of Singtam participating at the competitive event. The other dance groups in the competition included Saipatri Club, Singtam, Samaj Sewa Samiti, Patuk Changey and Munal Club from Aritar Khamdong. The block level cultural competition was organized by SPARK NGO and sponsored by Nehru Yuva Kendra, Gangtok. Gangaa Mukhia and Remanti Rai, guest singers also thrilled the audience with their voice. The three judges of the cultural event were Lucki Doma Bhutia, Nirmika Subba and Pratima Gurung
Earlier in the morning Singtam Community Hall was officially inaugurated by Shri Ugyen T Gyatso Bhutia, Government Chief Whip and MLA Tumin-Lingee. Also present on the occasion was Shri Am Prasad Sharma, Area MLA cum Parliamentary Secretary, Land Revenue and Disaster Management Department along with other distinguished guests.
Shri Am Prasad Sharma in his speech thanked the Chief Minister for the Community Hall at Singtam and hoped that the Community Hall would have its place in the development of the Singtam Town. Sharma appreciated the works of Spark NGO and wished them success in days to come. Shri Ugyen T Gyatso Bhutia said that the Community Hall shall in days to come provide opportunity for the local talents to showcase their skills. Kamlesh Agarwal, Contractor who made the Community Hall was also felicited by the Guests. 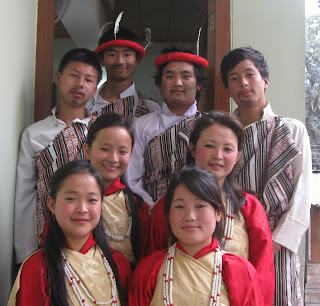 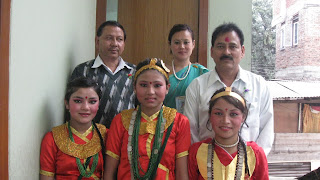 Praveen Pradhan, President SPARK thanked everyone for their presence and making the programme success. The event was the first occasion where the SPARK NGO had individually worked and in near future we shall perform much better, Pradhan added. He further informed this success of the program could not have been completed without the whole hearted support from Mohan Pradhan ‘Neeraj’, TB Pradhan, Sawan Pradhan, Raaz Gadaily, Naresh and every members of SPARK NGO. Special thanks were also mentioned to Power Department, Toppakhani.  Mohan Pradhan ‘Neeraj’ went on to say that it was a pleasure moment for us that with a successful event of SPARK, the Community Hall of Singtam also got officially opened.
at Thursday, March 10, 2011 No comments: Links to this post 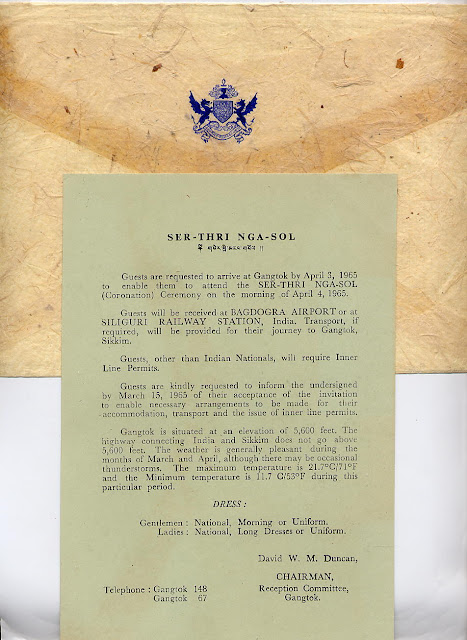 Internet as always had been my biggest friend and whenever i find something that’s exciting in context to Sikkim my joys knows no limit. This time I have found an invitational letter to the Coronation Ceremony of Last Chogyal Palden Thondup Namgyal that dates back to 1965. This letter was on sale on ebay.com. The letter reads everything about the receiving of the guests at Bagdogra Airport and Siliguri Railway Station. It is also said that the acceptance of invitational card should be replied in advance on March 15, 1965.

A very interesting thing I really loved reading this letter was about the dress code used for the function and I am sure this was the very first time such thing was ever done in this part of the world.
at Saturday, March 05, 2011 No comments: Links to this post 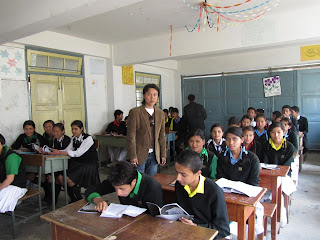 SINGTAM: Gangaa Mukhia and Karma Gyurmi Bhutia from Singtam and Pandam are among two dozen local SDF youths who has been visiting Schools and organization in and around Sikkim creating awareness among the masses against socials evils of the society. Two youth had visited Singtam Senior Secondary School and Khamdong Senior Secondary School last Saturday and interacted with the teachers and the students and later they also visited Khamdong BAC.  The next day they participated at the 31st Basibiyalo literary meet at Singtam Community Hall and shared their views and motives with the gathered audiences. 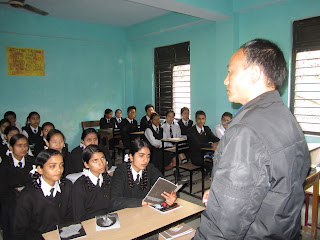 Gangaa Mukhia told this reporter “It was nice to receive wonderful feedbacks from the students and teachers of Singtam SSS and Khamdong SSS. The students took active parts in the interactive sessions and we discussed on different topics of aids awareness, drugs abuses and the role of youth in making better society”. Karma Gyurmi Bhutia added the time has come for the ‘survival of the fittest’ and we need to fight against all these social evils. Mukhia added that this awareness campaign conveys the vision of our honourable Chief Minister of Sikkim who had told us that “Today’s youth needs to be aware of everything and get prepared for peace revolution for the better tomorrow”.
at Tuesday, March 01, 2011 No comments: Links to this post