SINGTAM: The 10th edition of Pratibha Manch was conducted at Rhenock’s BAC on July 3 that was attended by members of Pratibha Manch, Rhenock, a group of Singtam Basibiyalo and others. Highlight of the day was the audition round of the school level Nepali poetry competition for the Bhanu Jayanti celebration. More than 12 schools from neighbouring region had participated in the competition.
TB Pradhan, Advisor of Singtam Basibiyalo was the Chief Guest of the day while TT Bhutia, national awardee Principal of Chujachen SSS presided the day long function. Speaking on the occasion TB Pradhan appreciated the efforts of Pratibha Manch in promoting literary talents of the region. Pradhan urged the younger generations to come forward and exhibit their talent that would build a better individual. Talking about Singtam Basibiyalo TB Pradhan told that this platform has supported and encourage people to come forward, similarly in days to come more and more talents should make Pratibha Manch proud of it.
Mohan Pradhan “Neeraj”, man behind the Singtam Basibiyalo was one of the three judges of the poetry competition. Neeraj in his speech said that he is very pleased by number of participants and as a home of Shiv Kumar Rai, Rhenock literary hopes are still alive with these young poets. Neeraj also invited participants and the organizers Pratibha Manch to make their presence felt at Singtam Basibiyalo.
Singtam Basibiyalo was represented by TB Pradhan, Mohan Pradhan “Neeraj”, Dushyant Lama and Praveen Pradhan.
at Monday, July 04, 2011 No comments: Links to this post 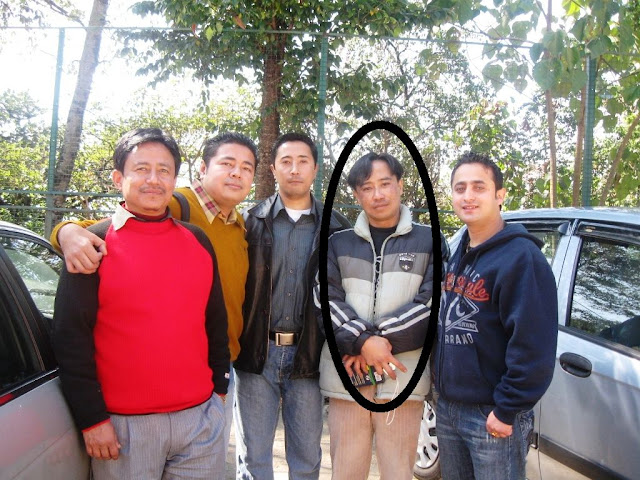 {Sonam Lama, a multifaceted persona and a teacher by profession passed away on June 14, 2011 and his Anthesti Kriya falls on July 4, 2011} 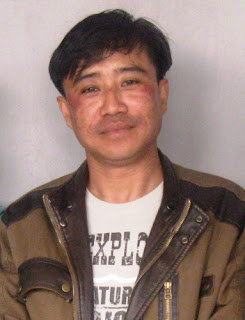 Sonam Sir as he was fondly remembered was a house of talent that could never be replaced. It is a great loss for Singtam as such persona of brilliance shall never be seen again. He was a year short of 40 but yet he has given enough memories to make him remember for a long-long time. Sonam Bhena to me was much of a friend and I did share many close moments with him over the last few years.
Memories of his hilarity still thrive over my thought and I find it hard to make myself realize that he is now no more with us. I was with Sonam Bhena in the 42 days Teachers Training the last two winters and a summer at PNGSS. Off lately, it was during those training sessions I came to know him much better, being his bench mate; I got a chance to get closer to his character and his enthusiasm to give something to the humanity.
It is hard to sum up works of Sonam Bhena into a single cup of life; he was a musician, singer, lyricists, poet, painter, designer, artiste and many more. Despite his interest and his creative nature he was more contented in his profession as a primary school teacher at Sakyong Chisopani. Just the other day during his funeral I was talking with Mahesh Dahal, Head Master of Sakyong Chisopani PS who was in total disbelief on Sonam Bhena’s sad demise.
I got to know from Mahesh Dahal about his involvement in the school be it designing the school batch, sharing music lesson with his students and above all his involvement with the students in encouraging arts and culture among themselves. Equally interested in sports, Sonam Sir’s contribution towards Sakyong Chisopani PS continues to live on among his fellow staffs and his students to whom he would fondly called them “chora-chori”.
I still remember him saying it is these students that give us our bread and butter and we should never take them for granted. We are a teacher and it is not our duty but our responsibility bestowed upon us to build a better tomorrow.
Last year his two article “Yuva ko Arth” and “Waad” published in popular Nepali daily Hamro Prajashakti from Gangtok was well appreciated and he was preparing his third article “Traaashh” along the two previous articles when he had a sudden demise. In between he had published numerous nepali poems. 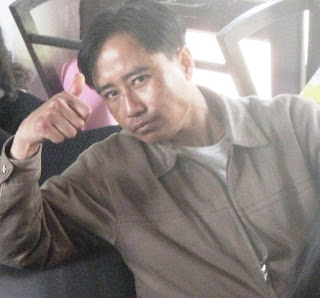 Sonam Lama was born to Late RB Tamang and Palsang Tamang and was actively participating at cultural activities in and around Singtam since late 80s. With more than two dozen compositions and 45 plus lyrics, he came up with his only Nepali music album “Sizal”, named after his daughter in 2007. From key board and guitar player to a singer Sonam Lama is among the few individual who had had seen highs and lows of musical development of Singtam Town. He belonged to that time when stage shows were built on trucks. He was the founder member and the President of Aroma Musical Group that lasted till late 90s. He was part of Cultural Exchange Tour in 1997 that performed in different parts of India including Allahabad, Delhi, Jammu and Kashmir, Amritsar and Guwahati. Sonam Lama’s last public appearance was at Singtam Basibiyalo last year.
at Sunday, July 03, 2011 1 comment: Links to this post

The Archives Section under Culture and Heritage Department at Gangtok stores rarest of documents related to Sikkim and I shall always remain grateful for an opportunity granted to me to flip over pages of that epoch which is more of a dream come true. Over the last few years I have spend most of my time learning and understanding Sikkim and it gives me pleasure to share what I learn or what I listen to.
I am more of a story teller, those stories that got lost along the helm of time. This time around let me take you back to the year 1917 and the date reads 10th of March. An official letter arrives to His Highness Maharaja Tashi Namgyal of Sikkim at his Palace. The letter inquires about the naming of the new Civil Hospital at Gangtok that was ready for public use very shortly.
CA Bell, Superintendent of Sikkim State, the writer of the letter writes that it occurred to him and a Civil Surgeon whether the hospital could be named in memory of His Highness’s late father Sir Thutob Namgyal. Bell further writes about his ignorance about Sikkim customs whether a building can be named in the name of a Maharaja that would be frequently mentioned by the public spoken all the time by every class.
Replying to the letter two days back, His Highness Maharaja Tashi Namgyal of Sikkim agrees to the proposal and the new Civil Hospital at Gangtok was adapted as Sir Thutob Namgyal Memorial Hospital.
It was really a nice gesture of CA Bell to have a thought of naming the hospital in Maharaja Thutob Namgyal’s name. I believe we should ever remain thankful towards him for the suggestion.
at Saturday, July 02, 2011 No comments: Links to this post