Interview of the week 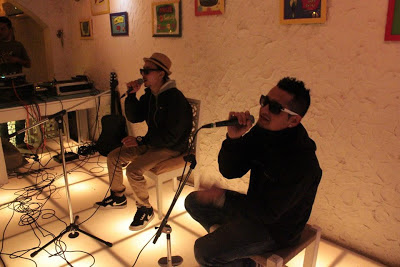 The first Hip Hop Band from Sikkim, Urban Inc. needs no introduction. Proud to be Sikkimese blog caught up with the two rappers of the Urban Inc and found out more about their music and their journey from school boy rappers to famed celebrity artistes.
1. So, when did you (both) first start rapping?
* It was during our teenage in school days when we first started rapping. We used to listen to international rap/hip hop/ r&b artistes; we used to do cover songs of them. Thereafter we slowly started writing, composing and producing our own songs.
2. How would you describe Urban Inc to someone who has never heard your music?
* Urban inc. is a band/crew, consists of two rappers Tenzing Lekchola and Thupden Wangchuk better known as “Leks” & “Thups”. Padma Tshering Shenga is the Manager/Director of the band and we are all based in Gangtok, Sikkim, India. The Urban inc. band appears deep with their compositions and our music has lots of influence that stretch beyond hip hop’s typical bass lines samples and scratches. We do all our writing, singing and composing. 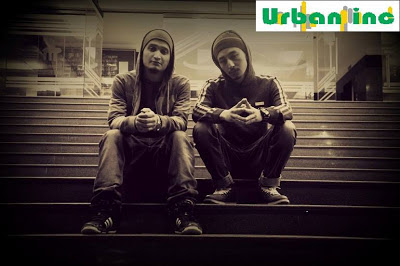 3. How did Urban Inc. started?
* We all started as an individual making singles and solo songs. Leks went on to record the first rap/hip-hop song in the state with “Should be what you want” produced by DJ Sunny. Thups also used to write and rap his own self compose songs. We were childhood friends and we used to listen to rap/hip-hop songs since our childhood. We later started writing, composing and producing our own songs. Our songs were appealing and people started appreciating us. So in January 2010 we formed the band/crew “Urban Inc.” they kept the name “Urban Inc.” We are from Gangtok and it is an urban area and the capital of the state Sikkim, so we kept the name “Urban Inc”.
4. Tell us something about Urban Inc.’s first composition?
* Our first composition was “Beat the rain” this track was produced by DJ Sunny, the music producer of our band/crew. This track was dedicated to all the ones who have lost their lives and trying to overcome the sad situation, so this song went pretty well. (Smile)
5. What was so special about RISE TO THE TOP?
* “Rise to the top” was our first debut album and through this album we got a good platform, we got to know well-known and famed artistes. We got opportunity to perform at many places and helped us grow as a band. It made us where we are today.
6. What do you think has contributed the most in your success so far?
* Family, friends and well wishers, (thank you) smile.
7. How do you come up with new ideas for the music?
* We look for things, we see here and there, observe and apply. Then we listen to some beats play the tracks and start writing according to what we feel and try to relate to our listeners as much as we can.
8. Which is the favorite place you have ever performed and why?
* Till now we have performed more than 30 shows but the favorite place we have ever performed was at Jamia Millia College, Delhi on 8th march 2013. It was an international conference and we were the special guest band/crew along with Alobo and the Naga band from Nagaland. With more than 3,000 people, we had an hour long program and our performance went very well. We received lots of appreciation. We feel proud whenever we get an opportunity to represent Sikkim in National and International level.
9. Where Urban Inc finds themselves in Hip Hop music arena?
* We need to keep working hard, be constant and keep coming out with new stuffs, be focused to reach our goals.
10. Hip Hop artists can be a better role model for a society? Your say.
* Need to portrait themselves in such a way that they help the people let go of their problems and inspire the youth, awareness of bad things, making use of their talents and be creative and lot more.

11. Any plan for June 21 (World Music Day)?
* For 2013 world music day we haven’t got any shows and callings, we would like to perform in world music day if we get chance to perform.
12. Who are the artistes that inspire you?
* We look up to great artistes like Tupac Amaru Shakur/Notorious Big/Dr. Dre/old school hip-hop/new school hip-hop. Mostly international artistes because they inspire us in writing/composing/recording. 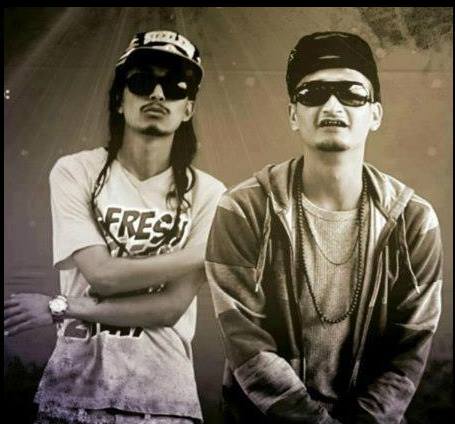 13. What is the future of Hip Hop music in Sikkim?
* Hip hop music in Sikkim is growing day by day, there are many new upcoming rappers and they are good. So in future we are pretty sure that hip hop music in Sikkim will be popular and famous as compare to the present state.
14. Can you tell us about future projects?
*  Presently we are focusing on our new second upcoming album which will be released later this year or early 2014, we are almost done with 8 tracks and from this album we have already dropped few tracks like “dream high” “walk in our shoes” “make you mine” in internet and social networking sites. We have even released our new official music video for the “dream high” song and “walk in our shoes” in YouTube.
http://www.youtube.com/watch?v=D_k-MBB1NMY and
http://youtu.be/y_HtDXnTIwU  and in this album we are roping up with Indian artistes as well as an international artistes. (surprise) and coming up with new videos too.
15. Any final words of advice for aspiring musicians to the readers of this interview?
* Firstly we would like to thank everyone for reading our interview.
For all the aspiring musicians we would like to say “work hard play hard” and we are always there to help and support.
Our band details (music/video/lyrics) links are given below.so stay tuned all our viewers.
Thank you
http://www.facebook.com/pages/Urban-Inc/151337181606875
http://www.youtube.com/user/gtk54
http://www.reverbnation.com/urbaninc?profile_view_source=header_icon_nav
https://soundcloud.com/thups
https://twitter.com/mc_thup 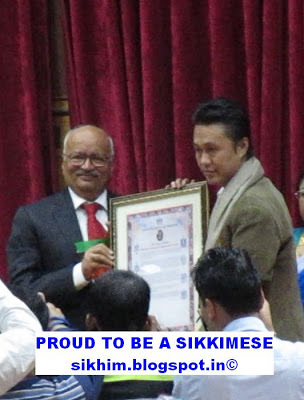 May 16, Singtam: Members of Singtam Basibiyalo, a monthly literary and cultural forum met Gangaa Mukhiya and Geeta Sharma recipients of State Civilian Award 2013 at their residence today. They appreciated their success and congratulated them for their honor. Three member team led by Mohan Pradhan “Neeraj”, Sansthapak Singtam Basibiyalo offered Khadas to the awardees. 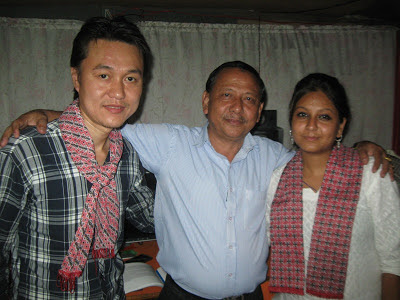 Speaking to this reporter, Mohan Pradhan “Neeraj” said it is a moment to cherish for Singtam Basibiyalo that three of our members went on to receives the State Sangeet Samman Award 2013. Apart from Gangaa Mukhiya and Geeta Sharma, Remanti Rai was among the two dozen awardees to have been honoured with State Civilian Award today at Chintan Bhawan, Gangtok by Mr. Balmiki Prasad Singh, Governor of Sikkim. 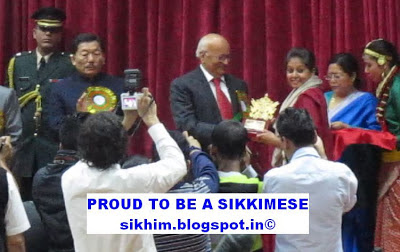 Singtam Basibiyalo over the last two decades had been promoting culture and literature in the state and I feel proud that these three talented personalities are integral part of our group, said Pradhan. It is a proud moment to me that both Gangaa Mukhiya and Geeta Sharma is my former students too, added Pradhan. He blessed his students and wished them many more success in days to come.

INTERVIEW OF THE WEEK: Nitish Pradhan 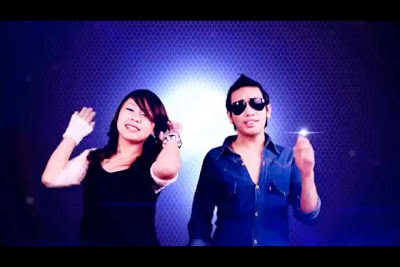 First time in Sikkim, a male/female pop two-some composition had been attempted. If one has a mezzo soprano vocal range than the other has a baritone vocal to follow her up. They prefer pop, electro-pop and fusion-experimental music with all their upcoming tracks based on these genres. Both are products of Tashi Namgyal Academy, Gangtok and are in the final years of their College at Tadong.

We are proud to present Nitish Pradhan the one half of the two-some duo for a small chat about their latest music video and their fascination about music.

1. Tell us something about your new video.

Party Time” is a music video which is a part of our first debut music album. Noel Karthak Lepcha, popular music composer of our state had done the music for us. It is an electrifying video; it is made by Gangtok based 360 Imaginative Designs under Minjo Lama's direction. The party song theme was never attempted in our state before and we have come with and out and out entertaining song.

2. Why did you choose for a male/female combination?

We wanted to give something new to our creativity and since no one in the state had attempted a male/female pop combination, we believed it to be an innovative idea.

3. How do you both complement each other in your music session?

Nitish: Anisha is a good friend of mine and we studied at TNA together and now we are in the final year of our graduation at Sikkim Government College, Tadong. We had experiments with different music blends. The end result was exciting and pleasing.

4. What attracted you to the music filed?

We had always been a music lover since childhood. We would always talk about doing something in this field music and finally we decided to come up with a music album.

5. Who is your inspiration?

Life is the biggest inspiration for music and we appreciate every one involve in it.

6. What sort of experiments do you like to prefer in your kind of music?

We want to bring fresh genres of music in our state which is only dominated by rock or folk.....like house, funk, electro - pop, trance ... we would love to work on experimental music!

Life is uncertain; we both are in the last year of our college. Anisha wants to be a teacher & I have planned to work in NGO sector but we will continue with our musical journey as it remains our first love.
at Sunday, May 12, 2013 No comments: Links to this post

I have never seen such shower of rain before, it was just unbelievable said Nikhil Gurung, the school captain of Sakyong Chisopani JHS rushing inside the office room. The Office room that had hals and hour back conducted a school staff's meeting with the members of the School Managing Committee was all messed up.
The all of a sudden heavy showering left everyone stranded inside the school building while the mother nature was at it fierce face. Within no time we were not able to hear each other, the sound of the showering was so loud and it went increasing and increasing.
From the corridor of the school office we could faintly see 15-20 students on the other side of the distant school room made of GICI sheets making rounds at the door steps. The showering was so horrible that it was almost difficult for any of us (teachers) to go to that side and bring back the students to the school building. Just then we saw a GICI sheet from the house nearby the school premises fly off towards the road near us.
There was no way but to Arjun Sir to rush amid the forceful showering of the rain to the other side of the classes. When he later returned back after the rain had slowed down he told the horror faced by the students there. Many of them were crying and they all were scared of the nature's fury.
After the rain had sowed down we too slowed down in our vehicle to our home. The irony of the natural phenomenon was that the rain had just shown its fury between Juice Factory and the Toppakhani Tunel and most affected area was Sakyong Chisopani, incredible !
at Monday, May 06, 2013 No comments: Links to this post