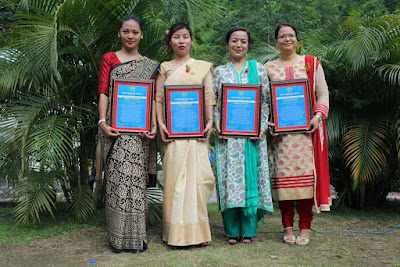 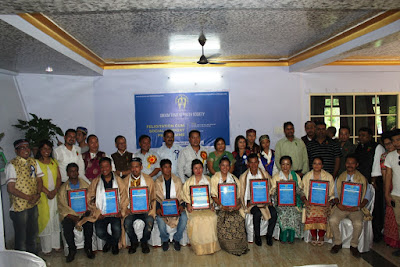 Sikkim Tamang Youth Society successfully concluded their Felicitation Cum Social Support Programme” at #Stone Age Eco Village Resort , NH 10, Sangkhola, East Sikkim under the theme of “Priority to the Education & Serving the needy”. STYS had felicitated 10 inspiring youth of Sikkim who had set the living example through their hard work, creativity and talent. STYS had extended our financial support to underprivileged young man Mr. #Nikhil Tamang a Waiter & a helper by profession in one of the small fast food at #Gangtok, Sikkim for him and his brother #education. Programme attended by Hon’ble Advisor Shri Satish Rai (Department of Food & Civil Supplies, Govt. of Sikkim) as a Chief Guest and Shri G.M. Gurung (Director of Eco Paradise Resort & Spa) as a Guest of Honour. Besides programme was attended by representatives from different NGOs, Councilors from Rangpo Nagar Panchayat and the Tamang Youth executive committee members. Master of Ceremony was Mr. Yougan Tamang (Executive Member of Sikkim Tamang Youth Society), welcome speech given by Miss Anjina Lhamu Tamang who is also elected Councilor from Rangpo Nagar Panchayat and vote of thanks delivered by Mr. Ranjit Tamang (Executive Member of Sikkim Tamang Youth Society).The Founder President of Sikkim Tamang Youth Society is Shri Suresh K. Lama. 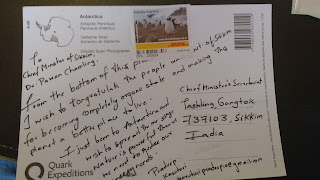 New Delhi: 20 June:  “I'm moved and written letter to Sikkim Government from Antarctica congratulating all of you for the work you are doing for the planet. I have posted it from the southernmost city of the world Ushuaia” gushed Pradeep Karuturi.
He was part of a two-week expedition to the Antarctica in March 2016 organised by International Antarctic expert and explorer Robert Swan.
Pradeep is a climate change enthusiast went to Antarctica recently on a climate change Expedition by 2041 team. “I felt great happiness in sharing that Sikkim became an organic state to the International team of 30 different nations.”
He wants to come to Sikkim to study the climate positive work that is being undertaken by the Chief Minister, Pawan Chamling, led Government and the people.
“Ice melting is happening very rapidly in Antarctica and I believe Climate Change is the biggest issue that we need to take action immediately.I believe Sikkim is a hope for the rest of the country that we need to use our science and technology in par with nature not against nature” he adds.
Pradeep Karuturi, graduated in 2014 and joined an MNC after which he joined social sector engaging in multiple social activities. He worked with different agencies to help out with disaster relief including traveling to Nepal after the earthquake to distribute goods.
Pradeep came in touch with MP Lok Sabha, PD Rai, at the Vision India Foundation lecture given by MP yesterday. 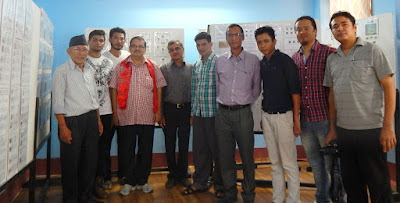 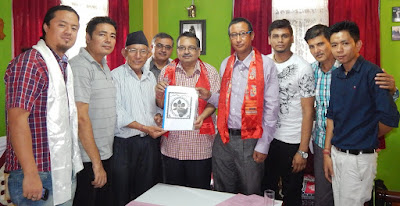 SINGTAM, JUNE 13: Eminent Philatelists from Sikkim and West Bengal jointly celebrated the completion of ten years of Sikkim Philatelic Society. A get-together was organized at Ram-Gauri Sangralaya, Rhenock to mark the occasion where a small philatelic exhibition cum General Meeting of the Society was also held. The highlight of the day was the renaming of Sikkim Philatelic Society as Sikkim Philatelic and Numismatic Society. Plan to organize a stamp exhibition on September; formation of hobby club in schools, membership drive and others was discussed.
A general meeting was held where Sushil Karthak, well-known philatelist from Siliguri and Ravi Sevak, philatelist and numismatic expert from Kolkata was the President and the chairperson. Different matters of importance for the development and the promotion of the hobby was discussed. Ganesh Pradhan, President of Sikkim Philatelic Society gave the welcome speech and appreciated the presence of the distinguished guests. Shital Pradhan, General Secretary of SPS and the host of the day gave in brief the activity report of the society in the last ten years. He spoked about the different medals won by the members of SPS on different state and national philatelic exhibition participated. Logo of Sikkim Philatelic and Numismatic Society designed by Deepen Pradhan was also launched by Ravi Sewak


Ravi Sevak, philatelist and numismatic expert from Kolkata spoked about the role of the numismatic in the promotion of philately. Similarly, Roshan Prasad and Padam Parajuli spoked on the topic of “Building up an exhibit and its rules” and “Role of a stamp dealer in the promotion of philately. Other person to speak on the occasion included Sushil Karthak and Vivek Yonzon. Deepen Pradhan gave the vote of thanks. It was also decided by the Society members to include Dipok Dey, Madhukar Jhingan, SK Biswas and Ravi Sewak as a Patron. 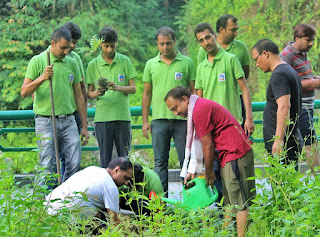 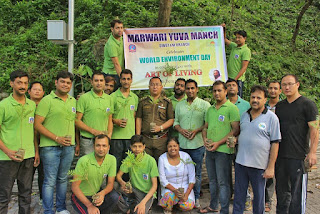 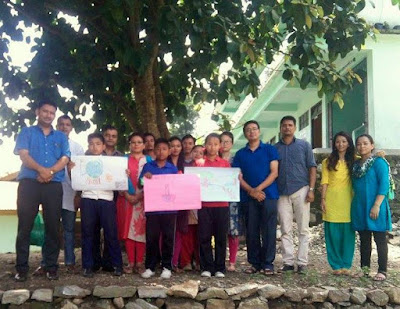 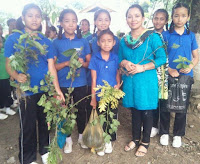 Sakyong Chisopani JHS held a painting competition on the occasion of World Environment Day celebration where the top three selected winners was awarded gifts as encouragement. More than hundred saplings were planted around the school premises. Saplings included flowering and non flowering plants, fruits and others.

Satish Chandra Pradhan, Headmaster of the school in brief shared the message of the importance of the among the students. He made aware of the significance of green and clean environment for the benefit of the human race. Two day event was organized in the school; on friday afternoon an inter-house painting competition was held where four students of each house had participated. Bishal Subba (class vi) and Shanker Gurung (class viii) representing Daffodil house stood first and second while Sharmila Subba (class viii) of Orchid house stood third. On the second day, plantasion was done around the school premises where saplings of banana, guava, mango, java kusum, silver oak, lemmon, jambir, bottle brush, neem and others was planted.
at Sunday, June 05, 2016 No comments: Links to this post