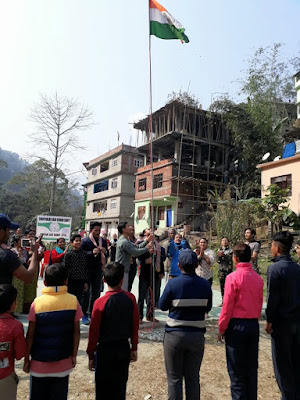 The Chief Guest unfurled the national flag and national anthem was sung by people of all age. The other highlight of the day was a boxing exhibition match by the students of Pritam Silal, former National Boxer.
PP Upretti, Vice President, SGSS was the host of the day. Krishna Chettri, President, SGSS gave a welcome speech.  Shital Pradhan, member SGSS gave a brief about the importance of the day. Dal Bahadhur Gurung, lone nepali representative at the then Constitutional Drafting Committee was remembered.
Nandu Dutraj, the Chief Guest of the day thanked the Samiti members for observing a national event and appealed every individual to make our nation proud. Other people to speak on the occasion included LN Pradhan and Dhiraj Pradhan. 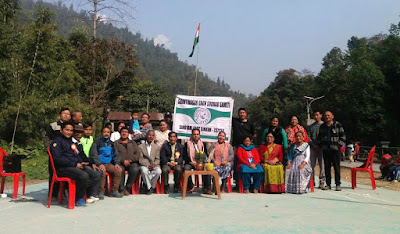 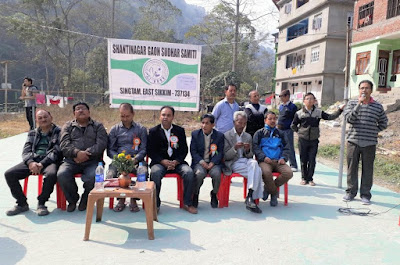 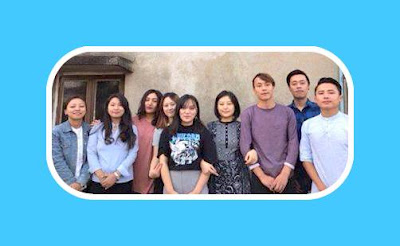 
The other executive members for the upcoming session included : 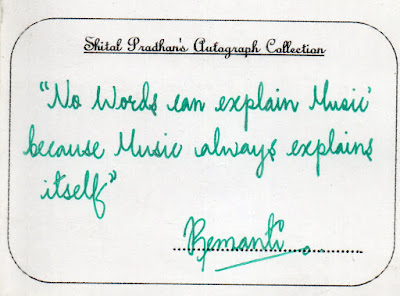 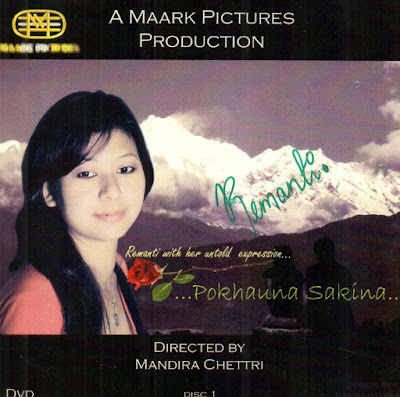 
An inspirational singer from Sikkim, her inspiring story is to be inducted into NCERT new book for students. She has sung for nepali films and had also come up with private albums. She is the founder of Remanti Sangeet Academy (www.remantiacademy.com). 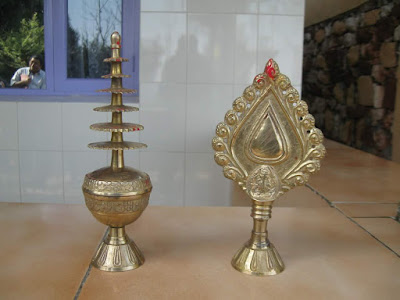 Jwala Nhyaka :- Jwala indicate the sun and Nhyaka means the mirror. Hence a mirror encircled with the light of the sun. After the gods are decorated for a religious ceremony it is customary to show them Jwala Nhyaka in veneration.

Sinha Mu:- A traditional urn for the orange vermillion, generally used in the religious ceremony. It is also an essential gift from a mother to her newly wed daughter to safeguard her sindoor, thus wishing her a long and happy married life
at Tuesday, January 30, 2018 No comments: Links to this post 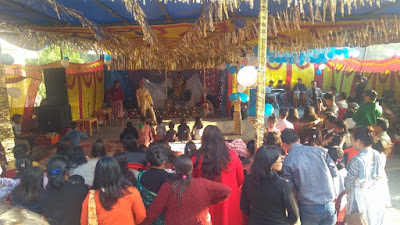 The day started with the prayers and offerings was offered to Goddess Saraswati. Young boys and girls performed song and dance to entertain the crowd. Singer Geeta Sharma, State Awardee also sang on the day.
Somnath Poudhyal speaking on his brief speech appreciated the efforts of members of Topa Chisopani Jan Kalyan Sangha is organising such beautiful event. Spiritual habits leads to healthy life and younger generation needs to be taught about it, he added.
Memento was presented to all the performers of the day.
at Monday, January 22, 2018 No comments: Links to this post 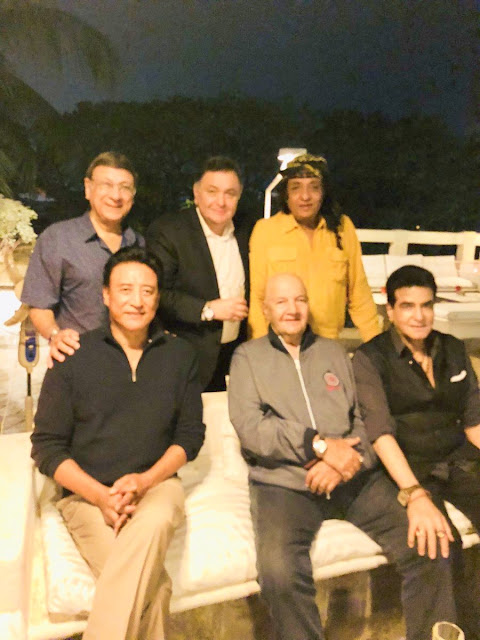 Reunion of old friends. Danny Denzongpa, Prem Chopra,Jeetendra,Paintal, Rishi,Ranjeet.
What an evening of reminiscing. Thank you all.
at Monday, January 22, 2018 No comments: Links to this post 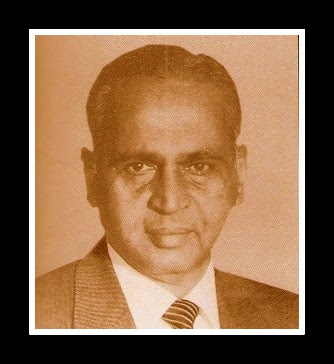 I m deeply saddened to know about the untimely demise of former Governor of Sikkim, Shri T.V. Rajeswar, who passed away in the early hours of 14th January, 2018 at his residence in New Delhi at the age of  91.

Shri T.V. RAJESWAR was born on 28 August 1926 in Salem, Tamil Nadu. After completing his MA in Economics from Presidency College, University of Madras, he joined the Indian Police Service in 1949. Initially, he was posted to the erstwhile Hyderabad State and, after the reorganization of states, he was allotted the Andhra Pradesh cadre. He served as Superintendent of Police in the districts of Nizamabad, Raichur and Guntur, and as Deputy Commi
ssioner in the twin cities of Hyderabad and Secunderabad. In 1962, he joined the Intelligence Bureau (IB) as Assistant Director. After serving   in Sikkim and Bhutan from 1963 to 1967, he was posted  as Deputy Director and Joint Director in the IB headquarters. In February 1980, he was promoted to the post of  Director , IB and held the post till August 1983, after which  he took over as Lieutenant Governor of Arunachal Pradesh- the first time an IPS officer was appointed to a constitutional post. He later served as the Governor of Sikkim, West Bengal and Uttar Pradesh . After sixty years in civil service, he was awarded the Padma Vibhushan, India's second highest civilian honour, in 2012.

In November 1985,Shri Rajeswar took over as the Governor of Sikkim and held the post till March 1989.Due to his earlier stint in Sikkim as Assistant Director, IB, he had a close relation with Sikkim and the Sikkimese people. As one of the most popular Governors of the State, he had a firm belief in establishing the rule of  law all over the State by creating an atmosphere free of injustice, crime and fear. His charismatic and endearing personality was truly admired by the Sikkimese people.

With the passing away of Shri TV Rajeswar, the State and the Nation have lost a worthy son of the soil, whose innumerable contributions will always be remembered . This is a sad day for us, especially for  Sikkim and the Sikkimese people ; and I,on behalf of the State and the people,  extend my heartfelt condolences to the bereaved family. I  pray that God gives them the strength and fortitude  to bear with this irreparable loss.We stand by them at this hour of bereavement.

May the departed soul rest in eternal peace!
at Monday, January 22, 2018 No comments: Links to this post

At the height of over 13,000 feet, the Kupup Post Office is one of the highest post offices in Sikkim.
at Friday, January 12, 2018 No comments: Links to this post 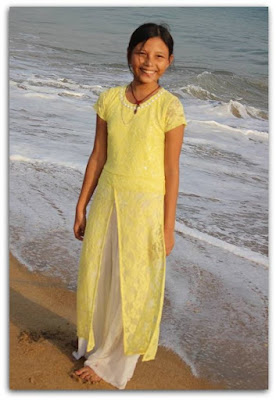 Yet another year starts off and still i have not come across you. You must have dead emotions for me by now but from my side i think of you everyday and talk to myself, you must be doing good.

I might not have answers to your thousands of questions you might be thinking and looking for its answers; me too have thousands of words for you but i cannot confide to anyone. When i think of you, i am alone, when i want to talk about you with others i am alone.

With each passing days, the hope of meeting you and hugging you deepens. I do want to hold you and cry along with you. Chooree !! I love you and it is hidden within me only.

Hope someday you will flip over the pages of this blog and reply me back.

With lots of love - Happy New Year to you. 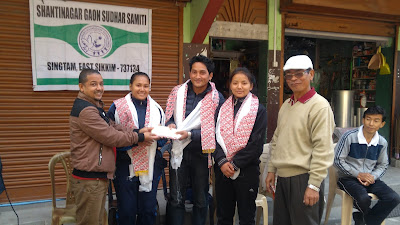 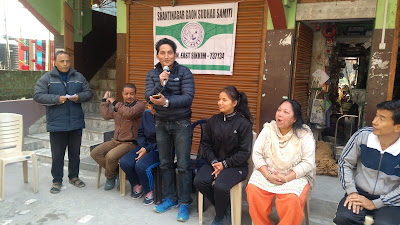 Krishna Chettri, President SGSS added our society is always open to sports and fitness activities. We hope and wish under the guidance of Pritam Shilal, the team will do good, said Chettri. Pritam Shilal, Coach of the two boxers had expressed positive results from both girls. He further said he is thankful towards different people of the society for supporting him and his two students towards the preparation for the Nationals. The two girls also spoked on the occasion and seeked blessings from the elders. 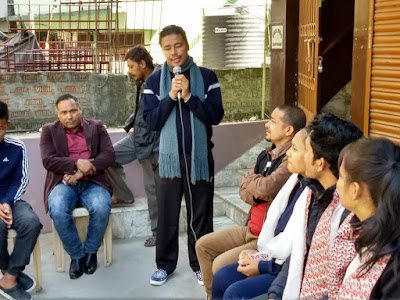