Pawan Chamling promises to institute a youth forum to make youth equal partners in policy making.
Soreng, 29th March: Pawan Chamling embarked on a 10-day long Sikkim Vijay Sankalp Rally today, starting with Soreng in West Sikkim. In Chakung ground in Soreng he addressed a crowd of 15,000, where people from neighbouring constituencies of West Sikkim joined in. The event was widely streamed and about 3 lakh people tuned in on social media.
The Sikkim Democratic Front (SDF) party manifesto for the upcoming elections was launched by Pawan Chamling, the party president during the event, which he dedicated to the people of Sikkim. He called it a “futuristic, youth-centric document which addresses problems of the present and the future”. 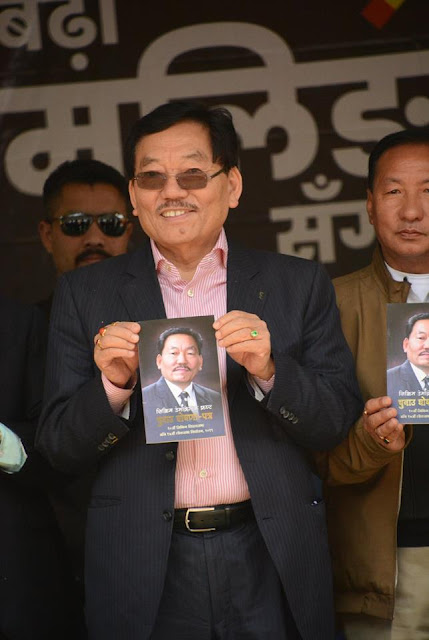 Addressing the public, he said that, “Our policy is youth first. We will institute a Youth Forum in order to make youth equal partners in policy making.” He further added that the jobs received under One Family One Job scheme will also be regularised and that, “our government will launch a scheme ‘One Person, One Profession’ whereby every eligible individual will be helped with a profession”. 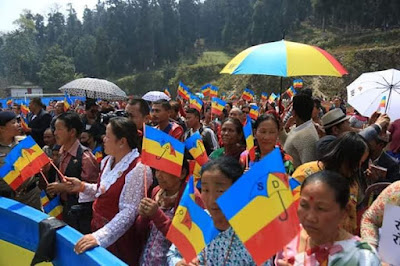 He mentioned a few other key promises from the election manifesto. These included providing cash assistance of Rs. 60,000 to organic farmers and financially poor families and provision of agricultural implements of Rs. 40,000, increasing minimum daily wage to Rs. 400, providing ex-gratia of Rs 7 lakh to drivers’ family on accidental death, regularising home guards who have served for 16 years, establishing hostels for working women, increase of pension for unmarried women to Rs 3000, providing Rs. 10,000 allowance to practicing advocates, connecting the four districts of Sikkim via underground roads and regularising the workers under PSUs such as MGNREGA, SICB, NHM, etc.
Once again, he affirmed that the SDF government will be implementing a Universal Basic Income scheme which will provide all citizens with financial security. He added that this is driven by the party’s youth-centric agenda and is aimed at empowering the youth through economic stability.
He urged the people to vote for SDF, saying that “I’m contesting this election so that I can handover the state to good leaders who can take Sikkim to greater heights. My politics is for Sikkim and the Sikkimese people”. 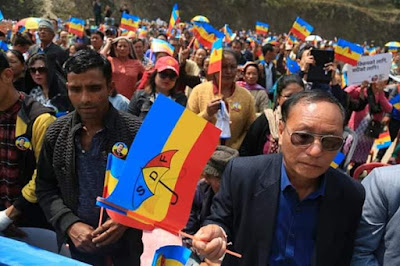 The election manifesto was made after extensive consultation with the people of Sikkim, eminent stakeholders and experts. Through two digital campaigns ‘#MyFirstVote4Chamling’ and ‘Ma Pani Chamling’, citizens sent in sent their ideas for the development of the state. More than 80,000 responses were received in this manner. These ideas have been incorporated in the election manifesto making citizens active partners in setting the developmental agenda; this has become the largest participative agenda setting exercise in Sikkim’s history.
During the Sikkim Vijay Sankalp Rally, Pawan Chamling will be addressing the public in Mangan, Gangtok, Namthang, Rorathang, Kabi, Ravangla, Geyzing, Mining, Rangpo and Jorethang.
The election to the 32-member Sikkim Assembly is being held on 11th April alongside the Lok Sabha election.
at Friday, March 29, 2019 No comments: Links to this post

I am committed towards Singtam Khamdong constituency: GM Gurung Jr.

Singtam, March 29: SDF candidate GM Gurung Jr was given a warm welcome by the public of Shantinagar last evening. Gurung had a grand mass rally in the morning from Toppakhani to Khamdong via Singtam Bazar. More than 400 vehicles participated at the rally. 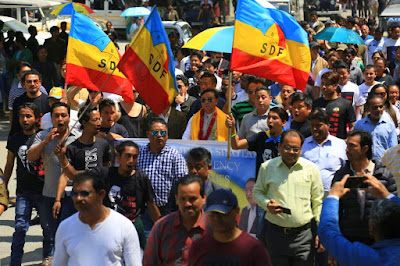 In his evening coordination meeting held at Shantinagar, he spoked about the development of Singtam. He spoked on different issues of water, education sector. Health services to the senior citizens and poor people, improvement of equipments at Hospital and others. Singtam being a business hub of Sikkim can help in the business development of the state. This town has a potential to become a tourist destination if proper plan is conducted, he added. 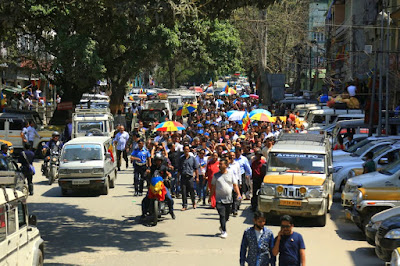 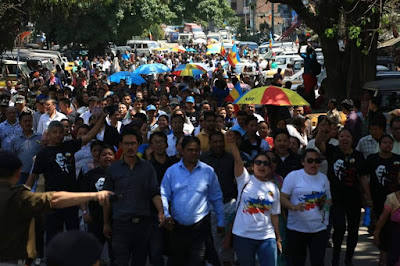 Gurung also spoked about the electricity problem of Singtam that had been much talked about off lately. He said the best solution is to change the transformer for better and interrupted electricity connection. He appealed to the gathered crowd to vote him for better development of Singtam Khamdong constituency.
at Friday, March 29, 2019 No comments: Links to this post 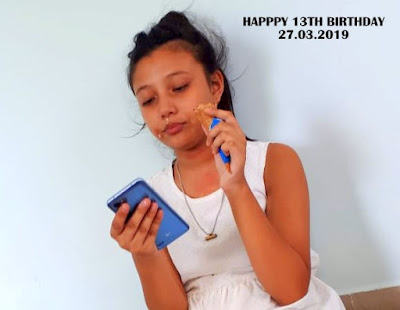 
These days I find you very much closer. Day by day my eagerness increases to hold you on. But that’s my part of story. Well I heard your exams are completed and I believe you have done it better.

Education does not mean coming out in flying colours in exams but how to utilize your learning in a better way in day to day activities.  Always believe in what you do...whether good or bad, good things take you to new heights and the bad choice gives you a better experience to excel.
In hope that we will soon meet.....
Love you always....BABA
at Wednesday, March 27, 2019 No comments: Links to this post