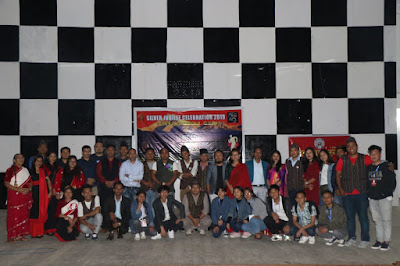 RONGLI,  September 29 :  Season II of State Level Open Talent Hunt Show started in a grand manner at  Community Hall, Rongli. Eighty participants both in solo and in groups participated at the audition. Dancing and singing had the most participants while different individual talents in  painting,  sketch,  rubiks cube solving,  chess,  beat-boxing and acting was also performed. Damber Pradhan, SKM Incharge,  Chujachen Constituency was the Chief Guest of the day.  He appreciated the efforts of the organising committee and shared his best wishes and support in days to come.

A total of 40 participants was selected for the quarter final round to be held at Community Hall,  Singtam on 26th October, 2019. The Talent Hunt Audition now moves to Soreng, West Sikkim on 4th October thereafter on 19th October at Singtam and on 20th October the final audition round will be held at Gangtok.

The talent hunt show is organised by Sikkim Newar Guthi Youth Affairs in collaboration with Inspire Academy,  Arithang and Sang-Martam Jan Sewa Sangathan on the occasion of Silver Jubilee Celebration of Sikkim Newar Guthi to promote the local talents of Sikkim.
at Monday, September 30, 2019 No comments: Links to this post 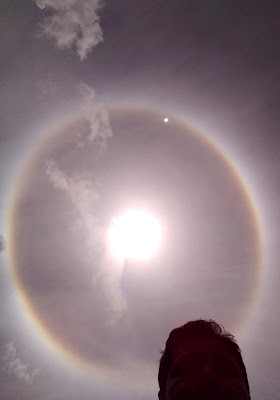 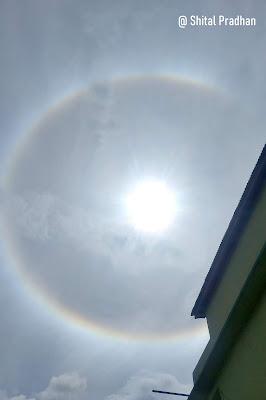 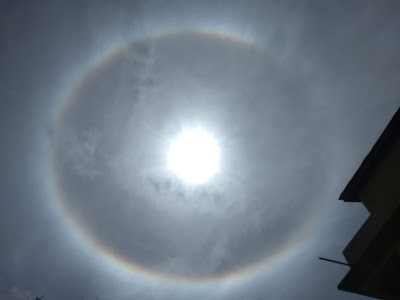 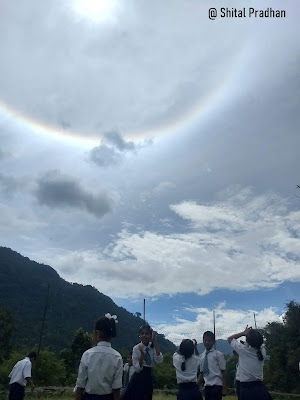 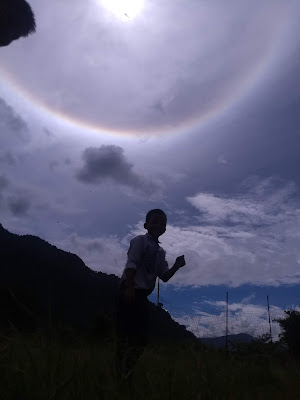 27.09.19: So to see a Sun Halo or Sun Rainbow…you need high, thin cirrus clouds which are usually at altitudes above 20,000 feet. These clouds are usually a sign of thickening clouds and a chance for rain. These high altitude cirrus clouds are made of mostly ice crystals which refract the sunlight much like a prism will showing the colors of a rainbow.

SINGTAM, SEPTEMBER 21: Darjeeling gathered to have a glimpse of Penny Black, World’s first Postage Stamp at Hayden Hall as Alpine Philatelic and Numismatic Society, Darjeeling organised ALPINE 2019, a Philatelic and Numismatic Exhibition on the 20thSeptember. More than 10,000 postal stamps and coins were displayed at the event. This was the second edition of exhibition that had a huge appreciation last year. 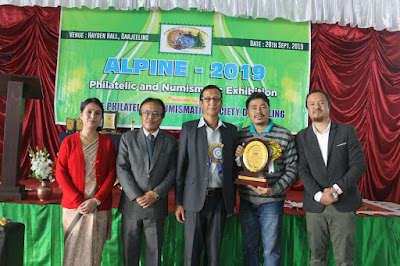 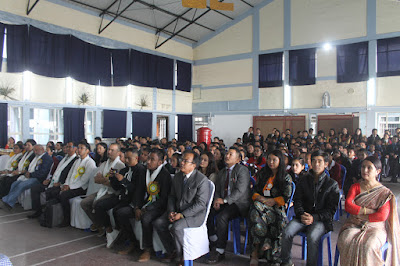 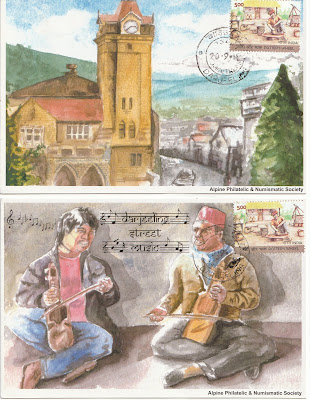 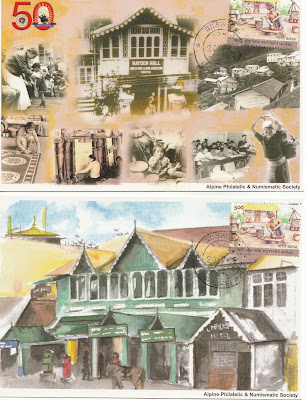 The other highlight of the day was the felicitation of philatelist Shital Pradhan and Passang Sherpa, Mr. Darjeeling 2019 for his endless guidance and support to the ANPS family. Four post cards – three featuring paintings of Darjeeling by Sunny Tamang, a young local budding artist and one dedicated to the 50th Anniversary of the Hayden Hall were released at the event. Visitors purchased the posts cards and posted them through the Vintage Letter Box installed at the event. 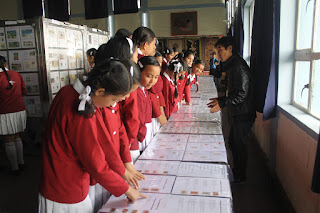 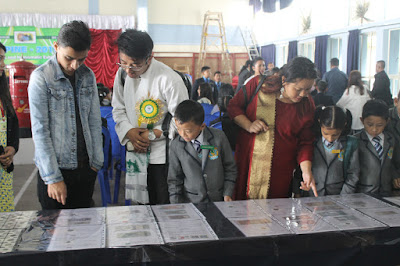 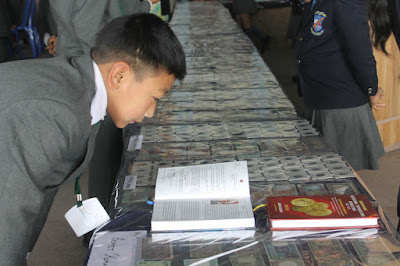 Fifteen schools from Darjeeling were invited for a Sit and Draw and Letter Writing Competition. The day’s long program ended with the prize distribution to the winners of the competitions by Mr. Vivek Chettri - The Telegraph and Mr. Bobby Wylde the judges for the Letter Writing and Sit and Draw Competition respectively. A Photo booth with props in the shape of a stamp and call outs encouraging hobbies was set up. It was one of the highlights where students and visitors took turns of click photos. 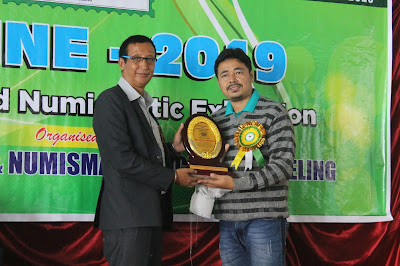 APNS was formed with the sole motive of reviving and encouraging intellectual hobbies among the youths to keep them away from the ill elements of the society or mobile phone addiction. It is our effort and our contribution to the society for a better future’ said Vivek Yonzone, the Secretary of ANPS. This year, just a year after the inauguration, we have a lot of students displaying their collection of stamps and coins which mean we are heading the right way added Yonzone.  The event was supported by North Point Academy, Darjeeling.
at Saturday, September 21, 2019 No comments: Links to this post 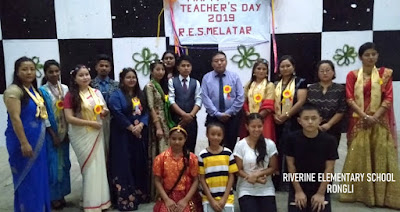 Biki Rai, Principal, Riverine Elementary School, Rongli was the Chief Guest of the day while rest of the teachers and non teaching staff was the Special Guest of the day. The day long program was held at Community Hall. The major highlight of the day was the students collectively gifting two water filters to the school that was received by their Principal.

Shneha Pradhan, Meghna Gurung, Sumnima Rai and Dawa Gurung were the host of the day. Principal and teachers lighted a lamp and offered khadas to portrait of Dr. S. Radhakrisnan. Students of class vi presented the welcome song. Special Teacher Day song was performed by the students of classes’ vii and viii.

Santos Rai, Vice Principal in his speech briefed about the importance of the day.  Students offered khadas and gifts to the teachers. Principal in his address thanked the students, parents and the SMCs for the wonderful programme. The program ended with the Vote of thanks from Aryan Chettri, Vice Captain of the school.
at Friday, September 06, 2019 No comments: Links to this post