Rajesh Rai, Gram Pradhan and Madhusudhan Rai, Retired SPG was the Chief Guest and Guest of honour of the day. The tournament had teams from Bhutan, Nepal and teams in and around Gazipur district. 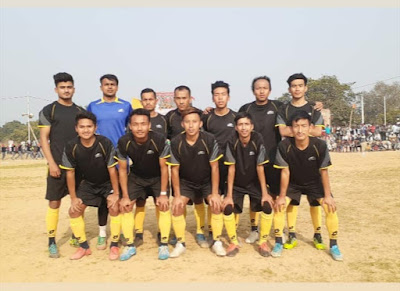 CSA boys went passed teams from Kheirabad, Moumdabad in the quarter finals and semi-finals. Amar Tamang and Rudra Chettri scored two goals each while Gyabo Sherpa had one goal in the tournament. The final match of the tournament was held on February 10. The winners were given a warm welcome at Rongli, their home town after their win by the members of CSA.
at Saturday, February 15, 2020 No comments: Links to this post

The first win of the season in Ranji Trophy came along the way of Sikkim in a match against Manipur on 29th January at Vikash Cricket Ground, Bhubaneshwar, Odisha. Sikkim won the match by 232 runs, earning 6 Point(s) for the win. With this win, Sikkim is standing with 10 Point(s) in the team standing table with one win and two draws. 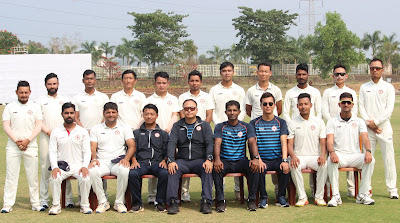 The match was started on 27th January with Manipur winning the toss and choosing to field first. Sikkim scored 169 runs in the first innings of which highest run was scored by Lee Yong Lepcha (45), as the Manipur had a good bowling line-up with Rex Singh taking 4 wickets, Thomas 3 wickets, Bishworjit 2 wickets and Priyojit 1 wicket. It was the vital partnership between Palzor and Lee Yong of 69 runs that help Sikkim to a decent total. Thou, Sikkim had low total on the board but the bowlers showed a good game by restricting the opponent to just 91 runs and maintaining the lead of 78 runs in the first innings. Ishwar Chaudhary took a brilliant 6 wickets and well supported by Iqbal Abdullah who took 3 wickets. This was Ishwar’s 4th five wickets haul of the season and he is standing in 8th position of most wickets list of Ranji Trophy season 2019-20. 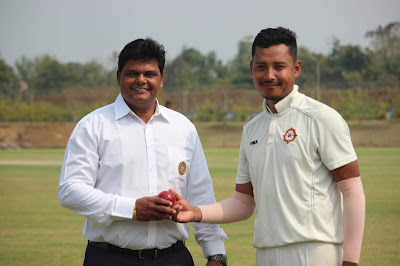 In the second innings Sikkim made 266 runs, where Iqbal Abdullah scored 71 runs, Palzor Tamang (50), Ashish Thapa and Lee Yong Lepcha (25 each), Yashpal Singh (23), Padam Limboo (20), Bibek Diyali (16), Chitiz Tamang (9), Puran Giri (7) and Ishwar (4). Lee Yong remained not-out on 25 runs. The partnership of 105 runs between the skipper Palzor and Vice-Captain Iqbal was the turning point of the match where they took a good lead. Sikkim gave the target of 345 runs to Manipur with two days in hand but once again Sikkim bowlers bowled brilliantly. This time it was Captain Palzor Tamang who showed a great show by taking 6 wickets and becoming the first player from Sikkim to get a 5 wickets haul in the most prestigious trophy of India. He took 6 wickets in 13 overs. Ishwar and Iqbal took 2 wickets each and gave a reason to celebrate by winning the match with a huge margin.  Ishwar Chaudhary was announced The Man of The Match for his 8 wickets in the match and playing a vital role in the first innings and giving the team a lead.
at Friday, January 31, 2020 No comments: Links to this post 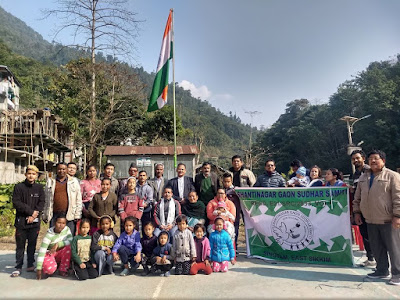 SINGTAM, JANUARY 26:  71st Republic Day was celebrated at Badminton Court, Near Rani Khola Walkway by Shantinagar Gaon Sudhar Samiti. Members of all walk of age attended the two hour long program.
Krishna Chettri, President SGSS and with Deo Kumari Pradhan, the senior most member of the Samiti hoisted the flag. In his speech, Chettri spoked of united India and proud India. Shital Pradhan, member SGSS spoked about the importance of the day. Tarundeep Rai, Jitu Rai and Nil Bahadur were congratulated for receiving the Padma Shri, fourth highest civilian award of India. Sishir Pradhan was the host of the day. Sweets were distributed on the occasion.
at Sunday, January 26, 2020 No comments: Links to this post 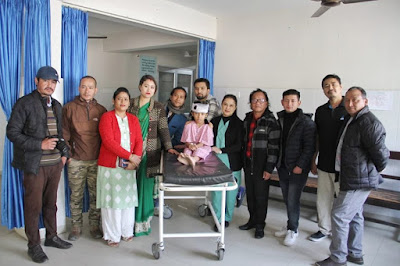 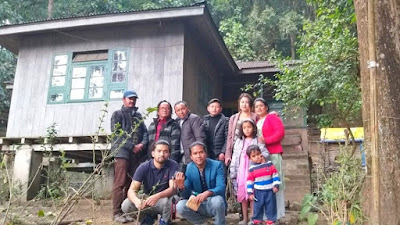 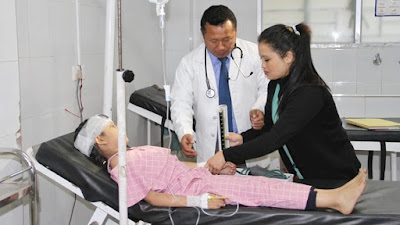