(The term Singtam Sakha started in early 90s and over the years it has its own narrative. Blessed by Goddess Kumari and God Indra, the newars of Singtam are among the emerging Sakhas who holds promises to make the Newars of Sikkim, a proud family.) 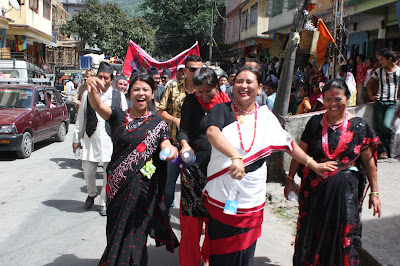 In a grand occasion of 25th anniversary of the formation of Sikkim Newar Guthi, with rest of Sikkim, the newars of Singtam too unites to recollect their efforts and hard work towards the development of the Newar community. Those were the sweet and sour memories that went on to build up today’s organisation into strong and brought the newars of Singtam under one umbrella.
The establishments of Singtam bazaar dates back to late 1880s and with each decade passing by the people of Singtam had collectively came together in all the social causes with other communities to build up a better society. The initial years of Bhanu Jayanti celebrations, Independence Day celebrations, Saga Dawa celebrations and others had equal numbers of Newar participations. Despite no proper organisation, the newars of Singtam had been performing their respective rituals in full newar tradition. 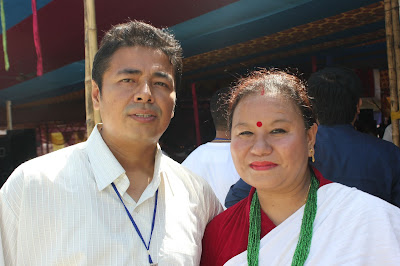 With the coming up of Sikkim Newar Guthi in the early 90s, the newar communities of Singtam too felt a need of forming an organisation thus Singtam Newar Guthi was born. Late Dil Bahadur Pradhan was the first President of the Singtam organisation while Subhash Pradhan was the Secretary.  Meetings and discussions about the development of the Newar society were held behind the four walls. Old folks say, those Newars thou lesser in population then started the practice of visiting the funerals among the Newar community in groups which still exists to this day. Giving helping hands during the marriage ceremony be it Ihi was also planned by those pioneer thoughts. 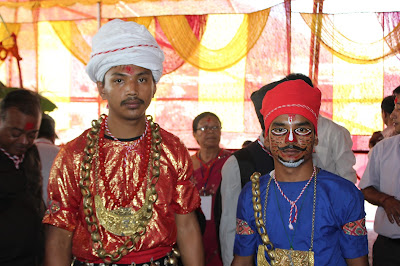 With the wheel of a clock passing-by, the year 2009 proved to be significant one for the Newars of Singtam. A meeting of was held on December 21, 2009 at Bihari Dharamsala at Singtam. A day long program was held that had discussions on various topics for the betterment of the community. The committee formed on the day decided to name the organisation as Singtam Newar Kalyan Sangathan.
The new resolution passed in the meeting included major presence of the Newari women from Singtam in the organisation towards better society. Also included in the talks was the encouragement of Newari language and Newari customs among the people. Newari members from Golitar, Manpari Busty, Sirwani, Toppakhani, Sang Khola, Bardang, Sawaney, Shanti Colony, Lal Bazaar, Mandir Line and Shantinagar had attended the meeting. 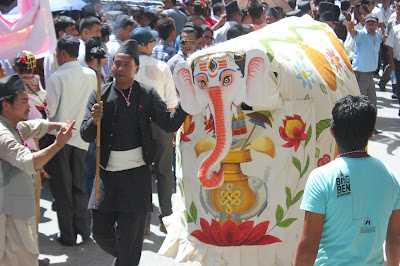 The new body had TB Pradhan as the President, Saran Pradhan as Vice President, Mohan Pradhan “Neeraj” as General Secretary. Singtam Newar Kalyan Sangathan did the first in the state when they felicitated five Singtam Nagar Panchayats on June 6th, 2010. The event was witnessed by huge crowd that also included from other communities. Am Prasad, MLA Khamdong – Singtam was the chief guest on the occasion that also had other distinguished guests in RK Pradhan, President Sikkim Newar Guthi, Jas Lal Pradhan, Arjuna Awardee and others. The function also marked the first cultural presentation of the famed Lakhey Dance of Newar community performed at Singtam by Bikash Pradhan. 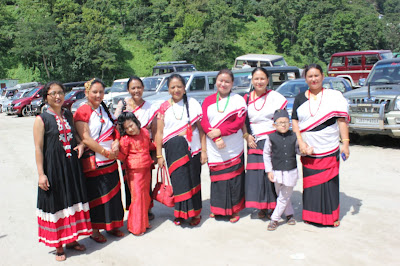 On September 11th, 2010 for the first time, Singtam Newar Kalyan Sangathan made their presence at the Annual General Meeting cum Election of the Executive body of Sikkim Newa Guthi held at Gangtok. TB Pradhan congratulated the new team of RK Pradhan (President), DP Shrestha (Vice President), DK Maskey (Secretary) and others.  He assured full support in any sort of programme organised by central committee for the development of Newar society.
There was a meeting held in early 2011 whereas it was decided to buy utensils and chairs at the name of Sangathan that would be used by the members of the organisation. Collection was made; few members of SKNS travelled to Siliguri and bought the items, a room was hired to keep the utensils.
Newars of Singtam participated in large numbers at the India Jatra 2011 held at Gangtok. Since then, the Newars of Singtam had been actively participating and contributing at the Indra Jatras held at different part of Sikkim. At the same event held at Sikkim Government College Auditorium, Tadong, Shital Pradhan, Publicity Incharge, Singtam Newar Kalyan Sangathan was felicitated by the Sikkim Newar Guthi Youth Affairs for his contribution Sikkim Heritage and Philately. He was among the seven Newar personalities awarded on that night. 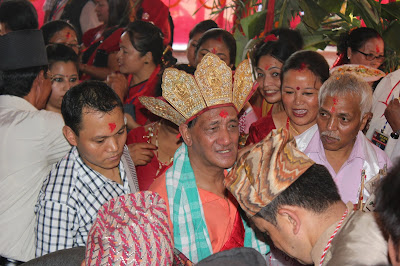 In between the years, Singtam Newar Kalyan Sangathan continued with their social activities. They collected the sum of Rs 20,500 for Santa Bahadhur Pradhan, resident of Bardang, towards his medical treatment of throat cancer. SKNS again came forward for the medical contribution of a Lepcha lady, Incharge of Lee Al then. The sum of Rs 10,000 was contributed.
With the expansion of Zones among the Sikkim Newar Guthi a meeting was held at Singtam that was attended by the Executive members of Sikkim Newar Guthi, TB Pradhan was elected the first President of Rangpo- Singtam Zone (September 5, 2013). Mohan Pradhan ‘Neeraj’ was nominated the President of Singtam Newar Kalyan Sangathan. In the same meeting, SNKS placed a proposal to the Central Body to celebrate the Indra Jatra 2013 at Singtam.
In 2013 (June 25), the members of SNKS attended the Annual General Meeting cum Election of the Executive body of Sikkim Newa Guthi at Chintan Bhawan, Gangtok. They congratulated Rohit Kumar Pradhan for being elected President for the third term. 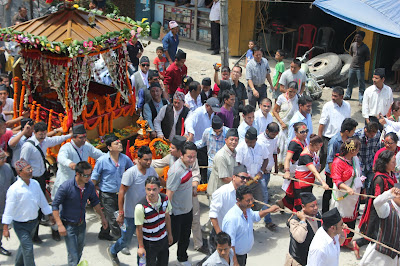